You are here: Home / Sacraments / The Sacraments: Reconciliation 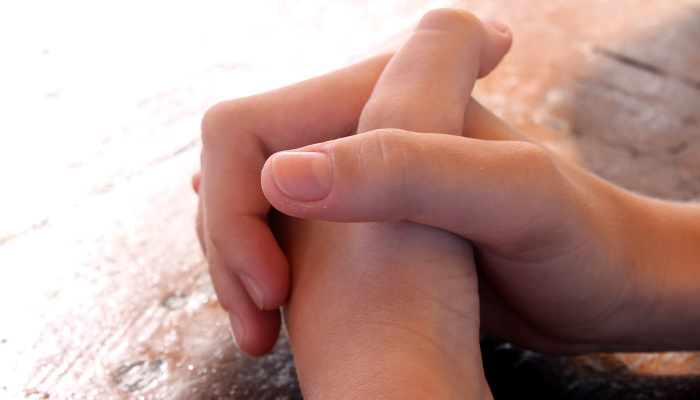 People sometimes know the sacrament of reconciliation by another name – sometimes people call it Penance and sometimes people call it Confession which, strictly speaking is only a part of what is going on. In the sacrament of reconciliation, the idea is that people are brought back into a right relationship with God and get the chance to sort out whatever it is that they have done which seems to be separating them from God and to hear afresh the news that their sins are forgiven.

There are two formal ways in which people within an Anglican/Episcopal tradition get the chance to confess sins and hear of God’s forgiveness.

During many of the liturgies of the church the people confess their sins by reciting a simple prayer. This is followed by the assurance of God’s forgiveness which is pronounced by a priest, something which is called absolution. The idea is that this gives everyone present the opportunity to call to mind those times and places where they feel they have fallen short of being the person that God might want them to be and indeed fallen short of their own best expectations too. Simply reciting the prayer without taking the chance to think of the things in life that one regrets and desires forgiveness for does not constitute the sacrament of reconciliation. The sacrament depends completely on what is happening inside a person and is not simply about the form of words that they use. In this, reconciliation is like the other sacraments – outward symbols conveying deep spiritual realities.

The other way that someone might experience the sacrament of reconciliation is by meeting with a priest on a one-to-one basis to make a confession. A common way for this to happen is for the person to make an appointment with the priest. The priest and the penitent may meet for a discussion about what is on the person’s mind before completing the sacrament with a simple liturgical invitation to name before God those sins which the person wishes to confess. Once these have been outlined by the person, the priest may give some advice and then pronounce in God’s name that those sins have been forgiven. In participating in the sacrament in this way, the priest and the penitent enter into an agreement that what is discussed there is not discussed elsewhere. This “seal of the confessional” is binding on the person seeking forgiveness as well as upon the person pronouncing God’s forgiveness.

In our tradition we have a rule about confessing sins to a priest – “All may, none must, some should”. The sacrament is available to all members of the church and indeed is sometimes sought by those who don’t belong to the church in any other way. However, there is never any compulsion that anyone must go to confession. You don’t have to make a confession at any time for any reason other than that you feel the need to do so. It is our experience as a community though that some people do need to make this a part of their spiritual practise and for them, they should seek it regularly.

All priests in the Scottish Episcopal Church are required by Canon Law to hear a confession if someone asks them to hear one or to point them towards another priest who is able to hear it if they themselves are not able to do so for some reason.

The seal of the confession is regarded as absolute. What is discussed in the course of this ministry is never discussed elsewhere.

Confession is about turning our lives around. One of the technical words for this is metanoia a Greek word which refers to changing one’s mind in a way that analogous to turning and facing in a new direction. Repentance is at the heart of confession and is the consequence of wanting to put things right with the world and with God. God’s forgiving love is the inevitable consequence of someone’s sincere repentance.

What if a priest heard someone confess to a murder or from someone who said they were going to harm someone – shouldn’t they report it to the police
People often ask this question about confession but it is a bit of a distraction from the simple and beautiful task of restoring someone’s relationship with God which is usually a good deal less dramatic than this. The sacrament of reconciliation for almost everyone, almost all the time, isn’t about the consequences of murders.

Yes but what if…?
A priest is free to respond to this situation in the way that they feel best. One thing that they might insist on would be to make an pronouncement of absolution conditional on an act such as reporting oneself to the authorities.

Won’t I feel funny seeing the priest and knowing that they know things about me that I would rather someone else didn’t know?
Most priests who hear confessions regularly will remark that God gives them the gift of forgetting what people say in confession. The priest isn’t a scapegoat and doesn’t absorb the sins that she or he hears someone confess. Most people engaged in this kind of ministry learn how to put things out of their minds very quickly for their own good and the good of those coming for confession.

Can any priest hear confessions?
Yes, but it is wise for someone to have had a few years of priestly ministry and be instructed by a more experienced priest in hearing confessions before they do so regularly.Does

a confession have to be heard in church?
No – a confession can be heard anywhere and sometimes take place in very public places such as train stations, airports or even on the battlefield before conflict. Sometimes they take place in places like hospitals or hospices where sometimes the sacrament may become important to someone if they know that they are likely to die soon. However in our tradition, it is most common for a confession to be heard in church by prior arrangement with a priest.

Is there a confessional box at St Mary’s?
No – confessions are usually heard in a quiet side chapel