You are here: Home / Magazine / John Riches: Trade not Aid? Can it be that simple? 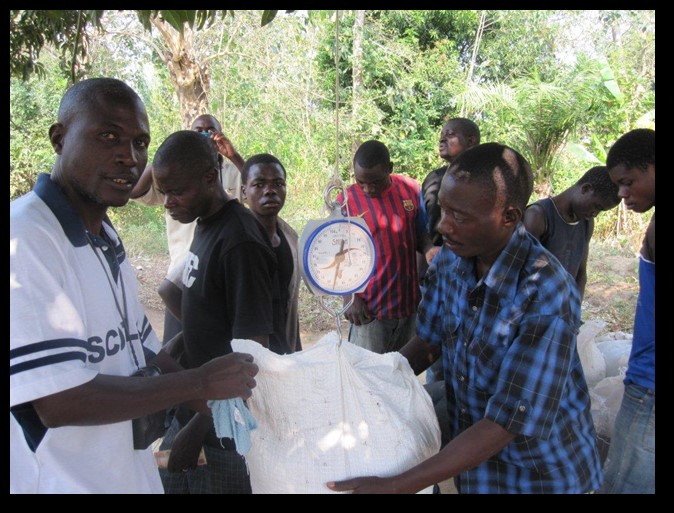 Trade not Aid? Can it be that simple?

This is one of those phrases which sounds good on first hearing and yet runs the risk of making life a little too simple.

What’s good and not so good about it?

Well, clearly, it’s always better to help someone achieve economic independence, than to have them rely on hand-outs. If someone can get to the point where they can command a market at a good price for what they produce/offer, that has to be good. But, of course, as any trader will know, there’s nothing guaranteed about a market for your goods or services and plenty of people around the global market place who may be all too ready to exploit others. So trade is good but it needs to be stable and just.

And trade is not just good for the individual trader, it’s also essential for the welfare of his community and nation. If nations don’t trade, then they won’t have anything with which to buy those things they can’t produce. Think what a problem it is in this modern world if you don’t produce fuel for transport. But tariffs and tolls can make trading very difficult. So the international conditions of trade need to be right.

And some developments in trade can be positively bad. Large plantations which displace farmers from their land and pay low wages, use heavy machinery and large applications of fertilisers can create poverty and adversely affect the environment. So trade needs to help smallholder farmers (70+% of the population of Sub-Saharan Africa) improve their livelihoods, not push them further into poverty.

And, pretty obviously, not everything can be dealt with, at least in the medium term, on a purely commercial basis. An outbreak of ebola needs immediate intervention; many countries will need help to enable them to deal with the consequences of HIV/AIDS, which can have a debilitating effect on the work force, making it even less easy for a low income country to afford the necessary drugs and personnel. So trade will not fix everything, particularly not in the short to medium term

At St Mary’s we have been supporting a village in the Chin Hills in Burma (Myanmar). It’s a community of some 600, way up in the hills, 35 km from the nearest town, a few kilometers off the road which leads down into India. Over the last 20 years they have achieved a lot under extraordinarily testing conditions. They have built a school, have established a farm with a successful herd of cattle, are trialing new crops which may have a market in India and have just, with help from the Scottish Episcopal Church, set up a pharmacy and consulting rooms for a midwife.   None of this could have happened without outside funding. But it has been driven by the local Baptist church with its remarkable Secretary General, Dr. Gin Khan Khual, who studied at Glasgow University. His vision is to work for self-sufficiency. That means taking control of education and health, working to empower women. It also means developing a form of sustainable agriculture which can be followed by the local smallholder farmers.

The school at Zampi Village 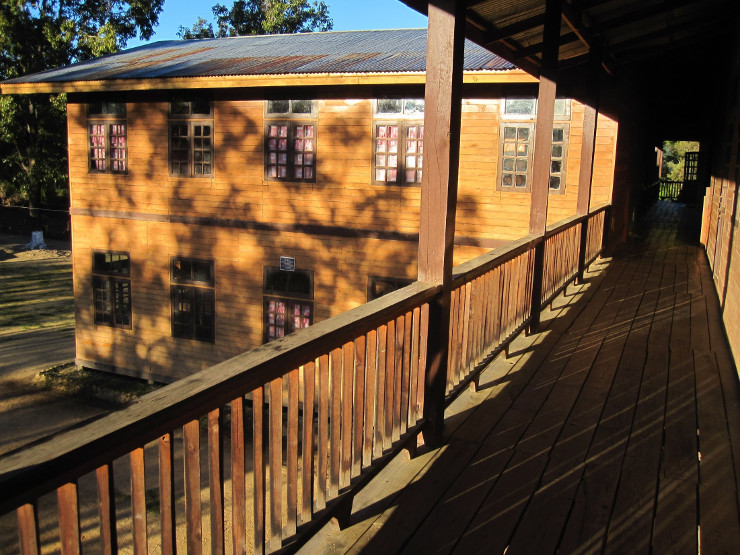 Agriculture is not easy. Most people are smallholder farmers growing rice, maize, some vegetables, keeping pigs and cattle. We talked, when I visited in December, to the leader of another Baptist church who had worked in this field and had tried apples, peaches, lemons all with only limited success. The herd at Zampi, some 85 cattle, was impressive and provides an income for the work of the Sophia Mission. The crops they are trialing, wild yams, some local beans, agar wood for perfume, are not yet mature enough to market. If they could sell into India (Manipur), that would be a break-through.  So: aid and trade.

We have been selling Kilombero rice from northern Malawi at our fair trade stall in St. Mary’s for the last 6 years. T he farmers have visited us a number of times. This wonderful rice is grown largely as a cash crop, enabling them to improve their housing, buy clothing, farm inputs and implements, transport (bicycles) and to pay for secondary schooling for their children. The farmers agree a fair price for the rice with their national association, who sell to supermarkets in Malawi and to Just Trading Scotland (JTS). Farmers who have been working with the association for some years have already benefitted significantly, building up their resources: housing, farming knowledge and implements, helping produce the next generation of better educated citizens. Trade works!

JTS have also been working with KASFA to improve the quality of the seed they use and to provide better equipment: tarpaulins for drying the rice, pedal-driven threshing machines, ox-carts, rotavators to speed up preparations of the fields for sowing. This has been generously funded by the Scottish Government, and the investments should prove sustainable. Development funding to create sustainable agriculture is of vital importance.

There’s an important part here too for people in this country. Schools, churches, fair trade groups have been selling 90 kg of rice, because this is the amount a farmer needs to sell to be able to send one child to secondary school for a year. Knowing there is a market for Kilombero rice here in Scotland really motivates farmers in Malawi to make the improvements and changes necessary. The local association has grown from 2,500 to 9,000 in the last 5 years.    The fair trade movement is helping to create the right conditions for trade.

Getting a fair price for your rice is crucial.

But, of course, that doesn’t deal with everything short-term. When Howard Msukwa was visiting recently he met the international officer at Glasgow City Council. They now regularly dispatch much needed supplies to the hospital in Karonga. Currently they are looking for an x-ray machine to replace the one they have which has been out of action for a number of years. JTS is collecting mobile phones to help improve communications. So again: trade and aid. 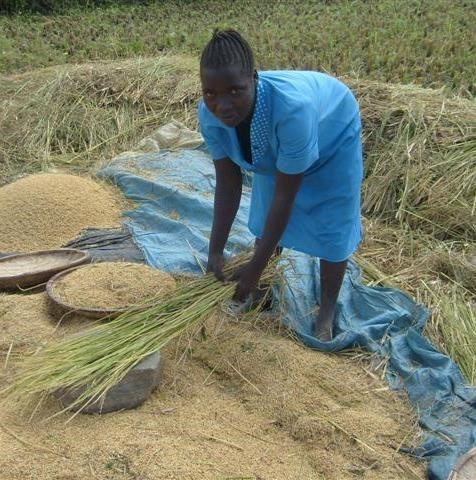