You are here: Home / Magazine / Deryl Davies: Giving Thanks 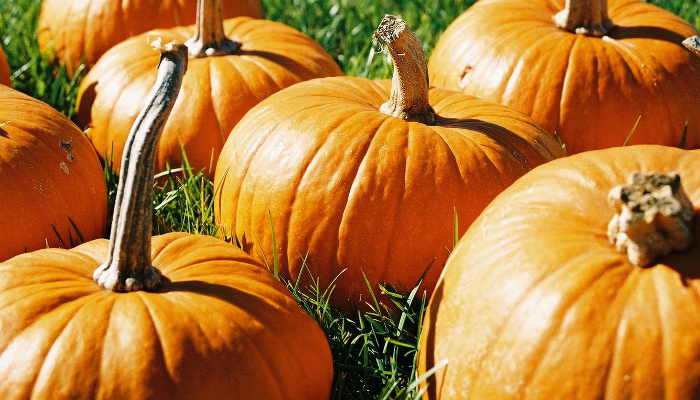 When thinking of the American (U.S.) Thanksgiving holiday, certain iconic images come to mind: Of families gathered around dinner tables laden with roast turkey, stuffing, and pumpkin pie; parades with marching bands and giant helium balloons; (American) football matches on television; and Pilgrims in tall black hats sitting down to the first Thanksgiving feast. As important and real as these images may be, I think filmmaker John Hughes captured something of the spirit of Thanksgiving in a tug-the-heartstrings film he made in the 1980s called Planes, Trains, and Automobiles. If you’ve seen that film, you’ll remember that the plot centers on a marketing executive, played by Steve Martin, who is trying to get from New York to Chicago in order to have Thanksgiving with his family. He runs into all kinds of obstacles during the busiest travel week of the year – from snowstorms and cancelled plane flights to broken down trains, burned out rental cars, and an uncomfortable ride in the back of a long haul lorry. His constant, and unwanted, companion along the way is a large, socially clumsy, loquacious shower curtain ring salesman played by John Candy (a Canadian!). Martin’s character spends the bulk of the movie trying both to get home and to get rid of Candy’s salesman. But when Martin finally does get home for Thanksgiving, a light bulb goes off; he realizes that his erstwhile, bothersome travel companion has no home to go to, and so he invites him into his own. The movie ends with Martin’s character introducing Candy to his wife, while a Thanksgiving feast awaits them in an adjoining room.

For all its Hollywood trappings, I think director Hughes captured something important about Thanksgiving in his film. It is a time of family celebration, of eating wonderful food and enjoying activities together, but also of sharing and of welcoming others. That is the often overlooked story behind the first Thanksgiving (or one of the first – there is some debate). That took place in the village of Plymouth, Massachusetts in November 1621, when a few score English settlers, all who were left of a larger group that had sailed from England the year before, sat down to celebrate a successful harvest – a necessity for their own survival. They invited their indigenous neighbors, of the Massasoit tribe, to join them for three days of feasting and thanksgiving. Sometimes forgotten is the fact that the colonists’ own survival had depended largely upon these neighbors, who taught the starving colonists how to cultivate corn, catch fish, and locate edible plants. Their feast was a celebration and a thanksgiving, both to God and to the neighbors who had helped them survive. If their aim was to plant a ‘shining city on a hill’, as Puritan leader John Winthrop was to say a few years later, the native peoples had helped them do it. I am still struck, as I was as a child, when I see a painting imagining that first Thanksgiving: The Puritans in their black garb, tall hats, and brass buckle shoes sitting beside indigenous people with their animal skins, colorful jewelry, and hair feathers. It’s a strange and almost unimaginable combination, and that’s the wonder of it.

The English colonists were, of course, practicing an ancient tradition of giving thanks for God’s provision, which often included periods of fasting. They were to do it again two years later, and after that, many of the original colonies held annual days of thanksgiving, sometimes following upon periods of fasting. In 1789, the first U.S. President, George Washington, called upon the new nation to hold a day of thanksgiving for the successful end of the war against (You Know Who) and the ratification of the U.S. Constitution. Later presidents followed in similar suit. But it was not until 1863 that Thanksgiving became an official national holiday. Then, in the middle of the American Civil War, President Abraham Lincoln issued a declaration calling for a “day of Thanksgiving and Praise” upon which Americans could thank God for the bounty they received; “commend to his tender care” widows, orphans, and others who suffered losses in the war; and implore the Almighty to “heal the wounds of the nation.” The holiday was fixed on the fourth Thursday in November, which it remains today.

Although a lot of the original meaning, and meanings, of Thanksgiving have become clouded – popular references to ‘Turkey Day’ and presidents pardoning select members of the species, for example – the holiday is still seen as a time to reach out to others. Volunteer activities are important, and many churches and social service organizations hold food drives, deliver meals to the homebound, and host Thanksgiving dinners for the homeless and those with little means. While the needs for food and companionship certainly extend beyond the holiday itself, Thanksgiving provides some Americans with a first experience of helping others in need and (probably contrary to marketers’ intentions) highlights the discrepancies between the ‘haves’ and the ‘have nots’. Among my favorite Thanksgiving memories is a time that I took my (understandably reluctant) young children to deliver meals to some homebound persons living in social housing. Some of them identified as Christian, at least one man was Jewish, and others may have had no religious affiliation at all. That didn’t matter. But the look on their faces when they saw my children at their door is one I, and I hope they, will never forget. To my mind, Thanksgiving at its best is a shadow of that inclusive heavenly banquet where all are fed at God’s table.

But back to Hollywood and popular conceptions of the holiday. The 1980s must have been a big decade for films about Thanksgiving, because Woody Allen also featured the holiday in one of his best movies from that period, Hannah and Her Sisters. You may remember the storylines which connect various characters in the film to Hannah (Mia Farrow), the center of a dysfunctional extended family that relies on her steady presence. In a narrative framed by three successive Thanksgiving gatherings in Hannah’s New York apartment, we follow the characters as they deal with existential crises including adultery, career disappointment, family divisions, and the meaning of life itself. The shared Thanksgiving meal marks the passage of time and reminds the characters (and the viewer) that, for all their failings – and they are significant – these people are a community. The annual gathering reinforces that fact and makes it real, without dismissing the issues that threaten their common identity.

So, this Thursday, 26 November, travelers across the United States will be rushing home by any means possible to sit down with their families at tables laden with turkey, cranberry sauce, and pumpkin pie; American-style football matches will be broadcast non-stop on television to millions of viewers; bands will march and play, tugging huge balloons in their wake; bleary-eyed shop workers will be preparing for the massive Black Friday rush; and the president will pardon another lucky member of the turkey race. And many people – among them, many people of faith – will be giving thanks for what they have received and sharing it with others. Whether or not the attendees of that first Thanksgiving in Massachusetts ate turkey, cranberry sauce, or pumpkin pie (and it is doubtful that they did), they left us an important image of welcome, community, and sharing. Whatever else Americans remember on this day, we should be thankful for that.