You are here: Home / Magazine / Alan McManus: Both Sides Now – Scotland and England 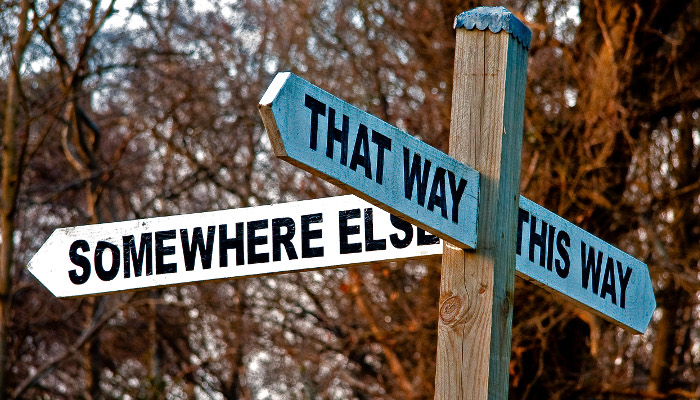 Reading Pádraig Ó Tuama’s In the Shelter: finding a home in the world, about telling stories in the shelter of the Corrymeela community, in the place he problematises in a poem’s title as ‘[the] north[ern] [of] ireland’, I think of an undergraduate essay I wrote for a course of Practical Theology, in St Andrews University in the late 1980s (a decade or so before the Good Friday Agreement was signed in 1998). In it, I identified the phenomenon of what is now commonly known in critical theory (and may have been then, but not to me) as ‘multiple selves’.

I wrote of categories of identity, of Us and Them, which were problematic because historically, culturally, linguistically and/ or ecclesiastically, they included the identity of the Other they attempted to exclude:

‘Protestant’ being rooted in the Pre-Reformation Church, which ‘(Roman) Catholic’ claims also to be in unbroken continuity with and which also, at Vatican II, accepted much of the protest of Martin Luther, 400 years on; ‘Scot’ coming from and returning to ‘Ulster’, territory which does (not) include Donegal and which is (not) ‘Irish’ and is also (not) ‘British’ – another humdinger of a category that can designate anything from ‘Brythonic Celt’, through a successful ‘Welsh’ (Tudor) exercise in propaganda, to ‘English’ and ‘Commonwealth’ and ‘United Kingdom’.

Each phrase that I have written in the above paragraph is so problematic that it would be quite reasonable to argue that it is a downright lie. And yet it tells a truth. I have not attempted to draw out all instances of contradiction and connection, overlap and oversight that are possibilities among all these categories of identity.

My point in the essay was that the only way to peace is to accept the reality of this blurring of identities and to tell our stories. Argument of the ‘you’re wrong so I’m right’ variety can’t do that. Mostly because it depends on asserting and maintaining rigid categories of ‘you’ and ‘I’, of ‘us’ and ‘them’. (Of course I’m thinking of David Hare’s wonderful play, Us and Them, and if you haven’t in your life yet seen a youth theatre group perform it then do so.)

The pain of the Referendum on Scottish Independence this year, before, during and after, was one which is not supposed to exist. We don’t have a word for that which, ‘over there’, (another quote from Hare) has been called Trioblóid/ Troubles, which Ó Tuama explains means ‘Bereavements’. Of course it really has meant that in both languages.

We don’t have a word in English, or in Scots, or in Scots Gaelic, or in any of the other indigenous languages of these islands for the Troubles between ‘English’ and ‘Scot’. We have had no way to express this pain – and because we can’t express it, the pain has nowhere to go. The attempts of ‘No’ voters to come to reconciliation have met with inchoate rage from those who are ‘Still Yes’, a rage that cannot find adequate words to express itself as there is no common ground to argue over; the decision to vote ‘Yes’ in the first place was met with some of the same feeling, mostly on the internet and over the border, but here in Scotland this decision, when not shared, was met with much sorrow, with hurt and with incomprehension.

A good friend of mine, a good friend and a good man, said to me, in a pub on Great Western Road, in Glasgow, at the height of it all, when I was full of the disenfranchised of Maryhill waving banners and having the hope of making a difference, and frustrated with him for not getting it: ‘it really pains me when you talk about Scottishness as a club, of which I am not a member’.

I was simultaneously ashamed, and annoyed with him for being awkward. He’s like Màiri Mhòr nan Oran, Big Mary of the Song, who was banned by her dour minister from singing inside the house and outside the house. Màiri Mhòr stood in the doorway of her house and sang. My friend is like that, awkward, and I want to trace his genealogy and add up the years he’s spent ‘here’ or ‘there’ and come to a decision: is he or is he not Scottish? But then I’d have to do that for myself, and that would be unnerving.

During the year I spent in California 1990-1991, while not marching with banners proclaiming NO BLOOD FOR OIL! (if the protestors kept them, they’ll have been well used since) I participated in groupwork on prejudice and liberation. Focussing especially on the negative media portrayal of Islamic/ Middle Eastern men (watch Sex in the City 2 for an instance) I discovered my deepest racial prejudice. I was anti-English. Which was awkward, since my mother grew up (when not evacuated to her mother’s people in the West Highlands) in a village that Miss Marple would have felt at home in, my grandfather was born within sound of Bow Bells and – though his father came from Germany and, perhaps, generation upon generation, from Israel – his mother was from East Anglia and her surname means ‘home’.

We need to listen to each other, both sides, now, in Scotland. Not rush to hug each other in a false reconciliation which only continues to ignore the pain which is unspoken since officially it doesn’t exist.

‘(Still) Yes’ voters need to hear how it feels to have the door of this exclusive club called ‘Scottish’ shut in your face, the shock and hurt of your dearest friends and neighbours and indeed family wanting you and yours politically over the border like Jock O’Hazeldean and the lady that was(n’t) his. Sometimes very aggressively. Sometimes violently. Sometimes thoughtlessly. I was shocked, then ashamed, when an old friend from Barbados was chipping in with his hopes and fears (for ‘No’) over the internet. ‘What’s it got to do with you?’ I asked him. He told me. I’m middle-aged, with more degrees than sense, and had ignored the fact (fiction) that Barbados is ‘British’.

‘No’ voters need to hear how it feels to constantly correct not just ‘foreigners’ but our southern neighbours, even living amongst us, when they conflate ‘England’ and ‘Britain’, again and again and again. Still. How it feels to be tongue-tied in yer ain tongue, which no teacher, correcting you, again, ever told you contained words footnoted in Shakespeare (for monoglot English speakers) incomprehensible in Oxford but instantly recognisable from Friesland to Scandinavia. How our myth of oppressed national identity that draws a clear line from the Clearances by anglicised lairds to the closure of the steelworks at Ravenscraig in the wake of the Thatcher years is so problematic that it would be quite reasonable to argue that it is a downright lie. And yet it tells a truth.

In Hare’s play, it gradually becomes reasonable to draw a line of separation, to mark it with a string, a fence, ever higher, finally, of course, with a wall. In Ó Tuama’s book, he quotes the Irish saying: Ar scáth a cheile a mhaireas na daoine/ It is in the shelter (shadow) of each other that the people live. He draws out the ambiguities of scáth among which, in English, are the idea of living in someone’s shadow, and of the shadow self. Embracing, accepting and celebrating my Englishness, overlapping and intermingling with my Scottishness, has been a great joy, a great challenge and a great liberation. I feel more whole, I also feel far more confident in asserting the Scots language. One does not preclude the other. I don’t assert the English language as there’s been too much of that already.

If we are to heal, if we are to live together in 2016 and beyond, in harmony, in whatever political constellation we democratically decide on, we need to come out from under each other’s shadow, and enter into our own. We need to shelter each other’s stories because even if they contain lies they tell truths. We need to stop arguing, stop denying our troubles and start sharing our heartfelt pain through telling our stories. Both sides, now.