You are here: Home / Archives for straight 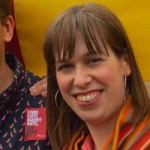 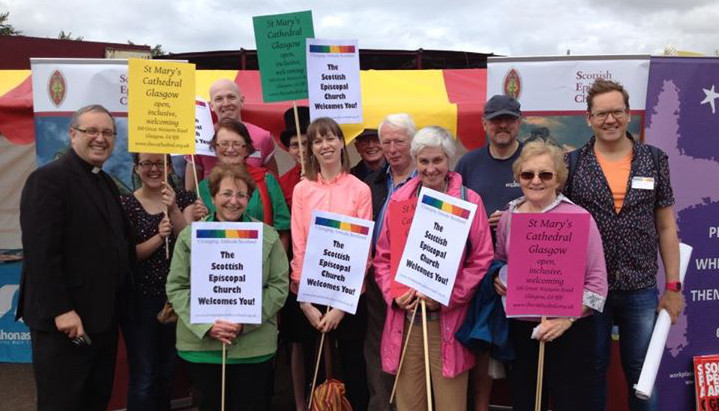 I attended Pride a couple of years ago for the first time in many years, in fact since I was a student. Back in those days I was motivated by the chance to party and drink outside with people who knew how to party. This time, however, I attended with a group of Episcopalians and ended up manning a stall on behalf of St Mary’s Cathedral, with two fellow congregation members who were preparing to celebrate their civil partnership at St Mary’s in the following weeks.

My reasons for attending weren’t underpinned by any sophisticated theological argument. Neither was it a case of ‘ooh, look at me, a straight person at Pride, see how right on I am?? How fabulous!’. I am keenly aware that my sexual orientation has a privileged status in society; I just wanted to physically show support and celebrate with LGBTQ+ people and it was the most respectful (and fun) way I could find. I also wanted to show support for gay clergy and my fellow, non-heterosexual worshippers. I wanted to be a ‘straight ally’ by actually getting on my feet and doing something. I wanted to be in a context where my own sexual identity was not ‘the norm’ and to understand a tiny something of what that might feel like to be in a minority. I wanted to share in some of the joy and spirit and atmosphere of the day. And honestly? – I also wanted in some small way to communicate to the world that Christians are not necessarily all tambourine-wielding and intolerant when it comes to sexuality.

For me, equality within the church, as in wider society, is paramount. I couldn’t attend a church which did not actively and unhesitatingly welcome, accept and embrace people of non-heterosexual orientations and affirm their fellowship and union. God is love; how can it possibly be right to discriminate? I can’t express it in terms of finely reasoned theoretical argument. It’s just something which I hold innately in my heart to be true and right.

I remember thinking my parents would be horrified by it all. Not at being the Pride part – oh no – at the being on a church stall part. It was one of the first times I’d been a very ‘visibly’ religious person in public, other than attending church. Most of my gay and lesbian friends are, rather understandably, suspicious of organised religion. When Kelvin asked if I would do the stall I momentarily inwardly cringed at the thought of being perceived as representing a point of view that has historically been far from welcoming of LGBTQ people. We were flanked on either side by Stonewall and Testicular Cancer Awareness and within the context of Pride, it might have been easier to talk about gonads than God.

It did, however, allow me the opportunity to put my money where my mouth was – I had after all just marched around town with a placard stating “The Scottish Episcopal Church Welcomes YOU!”. Most people were receptive to our presence, commenting that whether religion was or wasn’t for them, they were glad to see us there and that it was a shame that some others didn’t share our outlook. While everyone’s experience was individual, many people’s stories echoed similarities – they had been brought up attending church, however at some point for various reasons this had become incompatible or irreconcilable with their non-heterosexual orientation and/or gender identity and they no longer felt welcomed or able to continue. Most expressed sadness at this. We talked to many folk and told them about the open, inclusive and welcoming ethos of St Mary’s and the fellowship offered there. We reached out to a number of people who wanted to come back to church or to engage in worship but who did not have anywhere they felt comfortable to do so. There were no tambourines. There was, however, a lot of good craic, sequins, warm beer, cheeky stickers and fake tan. It was a lot of fun.

Being a heterosexual person at Pride was a great experience and I felt lucky to get to do it. It was not awkward or uncomfortable, although it definitely increased my awareness of what it means to have a privileged identity and the extent to which I take that for granted. Yes I felt a little conspicuously straight for about the first 12 minutes. (And I wish I’d dressed better: turns out too much is never too much). I then got over myself and realised that nobody else gave a monkey’s. It feels silly to be writing about why I attended Pride as a straight person, for me it’s more a case of why would you not do it?? Anyone who believes in equality and social justice should go and show their support as well as they are able. You might not play in the team but you can certainly buy a ticket and cheer them on.

This year I have had a baby, and so will be a Shiny Straight Christian with a Pram – even worse! – however I want to be able to tell her I took her to Pride even when she was tiny because I believed in it and wanted instil in her an understanding of and desire for equality and social justice from the get-go. With the recent legislative changes in Scotland it seems as though progress is gaining momentum and it’s great to be welcomed as a straight person to feel part of celebrating that. I want to tell her that she was there too.