You are here: Home / Archives for Magazine 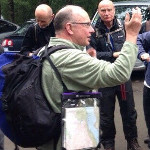 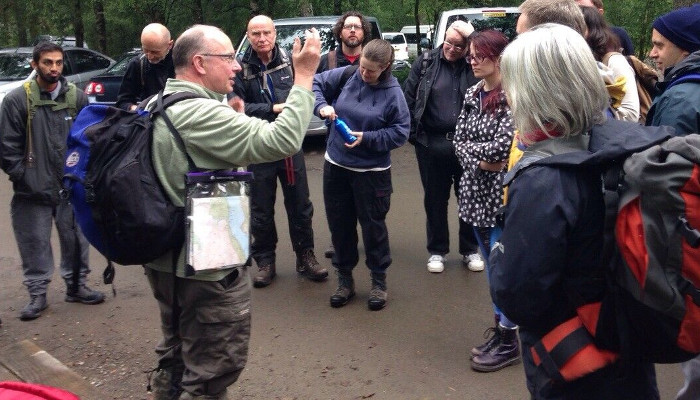 On 2 August 2015 the Vice Provost led 35 Muslims, Jews and Christians into the cloud and rain on Glasgow’s nearest Munro. Here Cedric Blakey tells of the why, who and what of that long afternoon.

It was the latest reports and images of Syrian and Northern Iraqi violence that did it. And the conversations with my Muslim friends who were equally distressed. That was after sharing the very real fears of the Jewish community in Glasgow during the spike of local anti-Semitic hate crimes here in the summer of 2014.  I wanted something to happen to bring people to get to know one another at a deeper level, through a shared experience, and to pray for peace in the world and in Glasgow.

So Ben Lomond it was to be. At 974 meters in height, and just an hour or more drive from the City it seemed to be the place to head for. The Jews gave us the prophet Moses and the giving of the Law on Mount Sinai, The Christians offer Jesus taking his disciples up a mountain to teach of the Kingdom of God. The Muslims remember the Archangel Gabriel revealing a verse from the Quran to the Prophet in a cave on a mountain near Mecca. So all three faiths have mountains as the backdrop for the most significant occasions of divine disclosure.

It was going to be a risk. Perhaps no-one else might be interested. And we would have to work out how to get there and prepare people for the climb. And yes, what about the weather? But after a few emails to friends and colleagues I have met in the context of my work with Interfaith Glasgow and last year’s Commonwealth Games it appeared that there was an interest. Establishing a date was interesting. Fridays are out for the Muslims, it couldn’t be a Saturday for the Jews, and we wanted the Christians to be able to worship on Sunday morning. It had to be after the end of the Holy month of Ramadan for the Muslims, not on the immediate following Sunday for the Jews because it was Tisha B’Av, a day of mourning over the destruction of the Holy Temple and the galut (exile), and not on a principal Christian festival  – so the  Sunday after that, just four days before the Transfiguration it was. Praying for peace close to the 70th anniversary of the Hiroshima and Nagasaki atomic bombs added an further poignancy.

The Roman Catholic Conforti Institute offered a minibus which collected people assembling at Glasgow’s Central Mosque, another minibus was hired which did the same at St Mary’s Cathedral, and along with various cars we arrived at the visitor centre at Rowardennan to find 35 people. Sunni and Shia Muslims, Orthodox and Reformed Jews, Protestant and Catholic Christians eager to set off. So that was two miracles already- getting the date and assembling such a wonderful crowd, which included the Iman of the Central Mosque.

Some did not have legs and knees for the mountain but had come in solidarity. They went to the shores of the nearby Loch Lomond and had a moment of reflection and prayer and then formed a base camp in one of the bars at the Rowardennan Hotel. The rest set off. Uphill.

The weather forecast had been horrendous. But we started in the dry and by the time we entered the cloud, after the plateau two-thirds of the way up, some were asking if we were nearly there, some had to make a retreat, but for the most, there was a determination to get to the top. There were conversations. People were encouraging and helping one another and sharing their drinks and provisions.

At the top, where we could only just make out the faces of one another in the mist and drizzle, we prayed. A Muslim prayer first (for they were first to the top). “O God, our creator and sustainer O the Most High; O the All-great, O the All-forgiving; O the All-merciful, You are the All-great Lord, the All-hearing, the All-aware; we have come together today O Lord to sow the seeds of unity and fellowship so O God make them blossom and flourish, in this generation and all to come in this nation and all nations…” Then Three Jewish prayers, “They shall beat their swords into ploughshares”. And last from the Christians, the Beatitudes, and a prayer from Archbishop Tutu. More swords being made into ploughshares.

The long descent was undertaken in the rain. Heavy rain. And the next day there were emails. “Honoured to be part of it.” “We must do this again.” Something happened. A Fellowship of Ben Lomond has emerged. A fellowship of shared hopes, struggles, prayers and achievement. New friendships have been formed. This day was a small token of possibility. Violence and war and fear will never have the last word with people such as these.