You are here: Home / Archives for Video / Art and Faith Podcasts 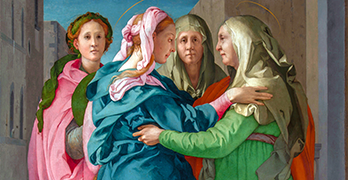 A podcast series from St Mary’s Cathedral, Glasgow and the Iona Community

Art historian Dr Deborah Lewer, Senior Lecturer in History of Art at the University of Glasgow, leads viewers through three different Christian festivals this summer by examining works of art.

From the composer
The chant, Quicumque christum quaeritis, is a setting of a colourful 12th-century poem, the hymn to the Transfiguration, which speaks of primordial chaos, boundless sky, and eternal glory. The music is in four short movements, each a digital ‘transfiguration’ of the plainchant melody and the cyanotype image. The chant is first sung, as if liturgically, but by many voices belonging to just one person—an ancient unison by modern means. The second movement reimagines the chant as a canon, each voice comprising a synthesised waveform with the characteristics of a theremin, accompanied by a human voice that never breathes. The third movement uses colour and brightness information from the cyanotype image to modulate each note of the plainchant, a polyphonic cacophony of voices. The frequencies responsible for the timbre of each note and of the drone beneath are taken from a frequency-space representation of the image obtained by a mathematical transfiguration—the two-dimensional Fourier transform. A fundamental pillar of our understanding of our world and the technology that connects us, the Fourier Transform represents information using a sum of wave-like patterns. The fourth movement is a series of disjoint ‘pixels’ whose waveforms are generated from the wave-pattern within the image, with the red, green and blue components each represented by their own series of pitches. 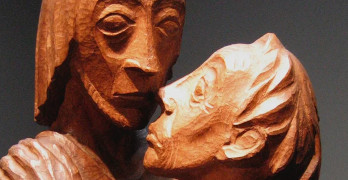 In this third and final podcast of the series, Dr Deborah Lewer explores a work of the German expressionist sculptor Ernst Barlach, a piece entitled Das Wiedersehen (1926), which depicts an encounter between Thomas and the risen Jesus. Video produced in partnership with the Iona Community. Music: Huit Pièces Brèves, Op. 84, No. 5: Improvisation in C Sharp Minor by Gabriel Fauré (1845–1924); Catriona Mairi Mackenzie, piano. 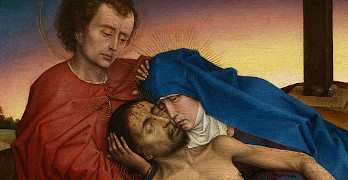 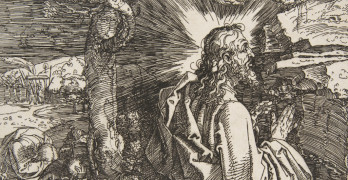 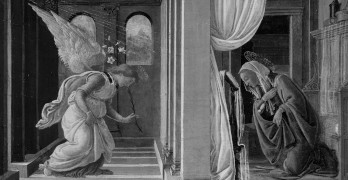 ‘In a time of many isolations’. Debbie Lewer looks at Botticelli’s painting in the Metropolitan Museum of Art, New York

Worship at the cathedral takes place in three services each week. Two services in the cathedral building on Sunday morning at 9 am and 11 am and an online service.

Online booking for Sunday services is available from Tuesday at 12 noon.