You are here: Home / Archives for What's on 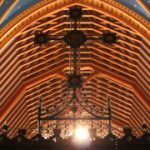 There will be a special choral service for the Feast of Candlemas on Sunday 2 February 2020 at 10.30 am 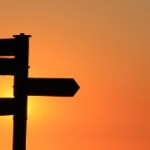 An event for those wishing to discover more about St Mary’s.
An opportunity to meet the Provost, the Very Rev Kelvin Holdsworth, and other leaders of the congregation. Kelvin will talk about the ethos of the Cathedral, how it functions, and the diverse programme of events and groups.

See parts of the Cathedral you’ve never seen before. A behind-the-scenes tour includes the church itself and the sacristy. Experience what it feels like to stand in the pulpit and visit the bell ringing chamber.

The Provost invites participants to join him for a conversation about what brought him to St Mary’s, his vision for the congregation and what makes him tick. This also provides an opportunity to meet and get to know new friends. 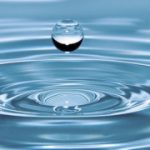 The next opportunity for baptism/christenings is on 22 March 2020. Contact the cathedral office with using the Baptism Enquiry Form. 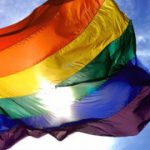 The Forum conversation with Sister Helena Barrett from 21 July 2019 at 12 noon is now available. 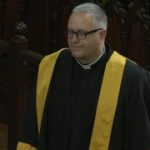 The Provost has been awarded an Honorary Fellowship from the Royal College of Physicians and Surgeons of Glasgow.
The video shows the conferring of the award and the citation being read by the College Registrar, Roddy Neilson. 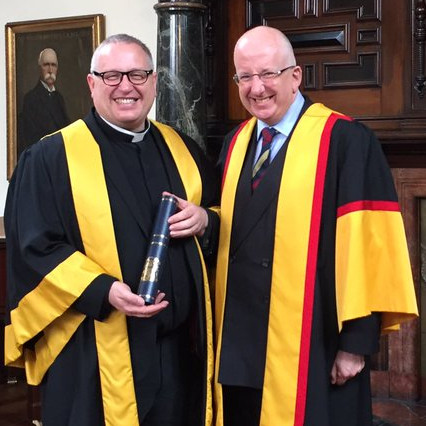 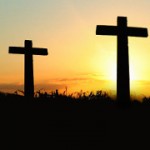 The Very Rev Kelvin Holdsworth, the Provost of St Mary’s Cathedral in Glasgow has spoken out against the Easter Day bombings in Sri Lanka and against the terrorist murder of Lyra McKee in Northern Ireland.

In his Easter Day sermon, he said:

“The answer to the world’s troubles does not lie in the fire of the bombers in Sri Lanka or the bullets of the terrorists in Northern Ireland.

“Light, life and love. These are the true way of the world. Death and destruction won’t win. Violence will never conquer. Death will never have the last word.”

Speaking to a packed cathedral, he spoke also of his personal sadness at the fire that ravaged the Cathedral of Notre Dame in Paris, which shares its dedication to the Mother of Jesus with St Mary’s Cathedral in Glasgow.

“I found the sight of Notre Dame burning extraordinarily upssetting. I’m sure that people across the world who are in the cathedral business were affected the same way.

“What might this generation accomplish that, faced with its destruction in nearly a thousand years would bring people out onto the streets to sing and to pray.

“What made the chaplain to the firefighters in paris run through fire to save the Blessed Sacrament and a relic that has been kissed by the faithful for the last thousand years.

“And what did one man do two thousand years ago that brings us up our of our beds and into this and another 37 million churches all over the world to sing and rejoice and proclain the extraordinary news – “He is not dead but is risen”.”

St Mary’s Cathedral Glasgow is one of the eight cathedrals of the Scottish Episcopal Church which has churches in every part of Scotland. The Very Rev Kelvin Holdsworth has been the Provost of St Mary’s since 2006. 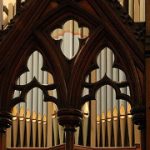 There will be a choral mass for Ascension Day on 30 May 2019 at 7.30 pm with music from the Cathedral Choir. 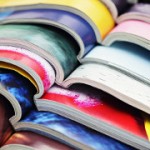 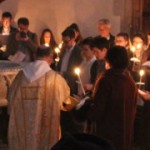 Sunday services are at 8.30 am, 10.30 am and 6.30 pm. The morning services are communion services, the evening one is usually Choral Evensong. Look out for the Open Silence once a month at 8 pm.

There will be a Eucharist for the Episcopal Synod on 18 January 2020 at 12 noon.

Monday to Saturday
Morning Prayer is said at 9.30 am every day in the oratory. (On some feast days this is replaced by a communion service in the chancel).